I have been asked to show more of the process of doing a total lake house remodel from the beginning.  Well, here is our lake house remodel demo.  It is going to get ugly, really ugly, and really dirty!  You can see the actual before photos of before and after here. For every post of our remodel visit our Lake House Remodel Project Gallery. 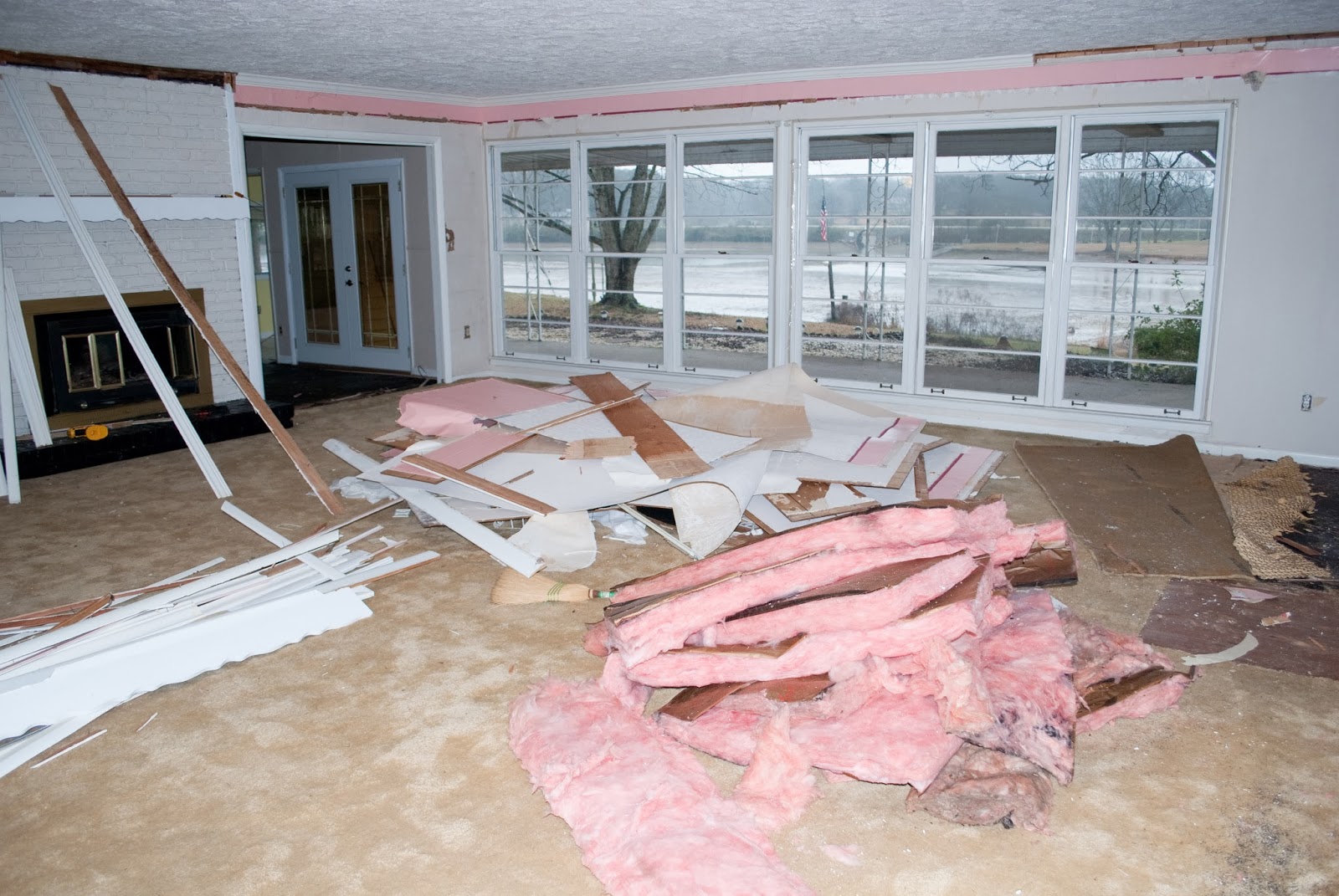 The Living Space Before
Quote to demo the house, $3500.  “Oh, we can do that!  How hard could it be to tear stuff up?” It took four weekends to demo the house, and it was very hard work.  When it would rain, the bedrooms would flood, and we would have to stop working to clean up the water with the shop vac.  Even though this has been the hardest thing we have ever done, we had fun.  We would often laugh and say, “Now, how much money are we saving by doing this ourselves”?  When we finished demoing the house, I asked my husband if he would do the demo all over again if someone would pay him $3500.  He answered, “Yes, $3500 is a lot of money.” I would agree. 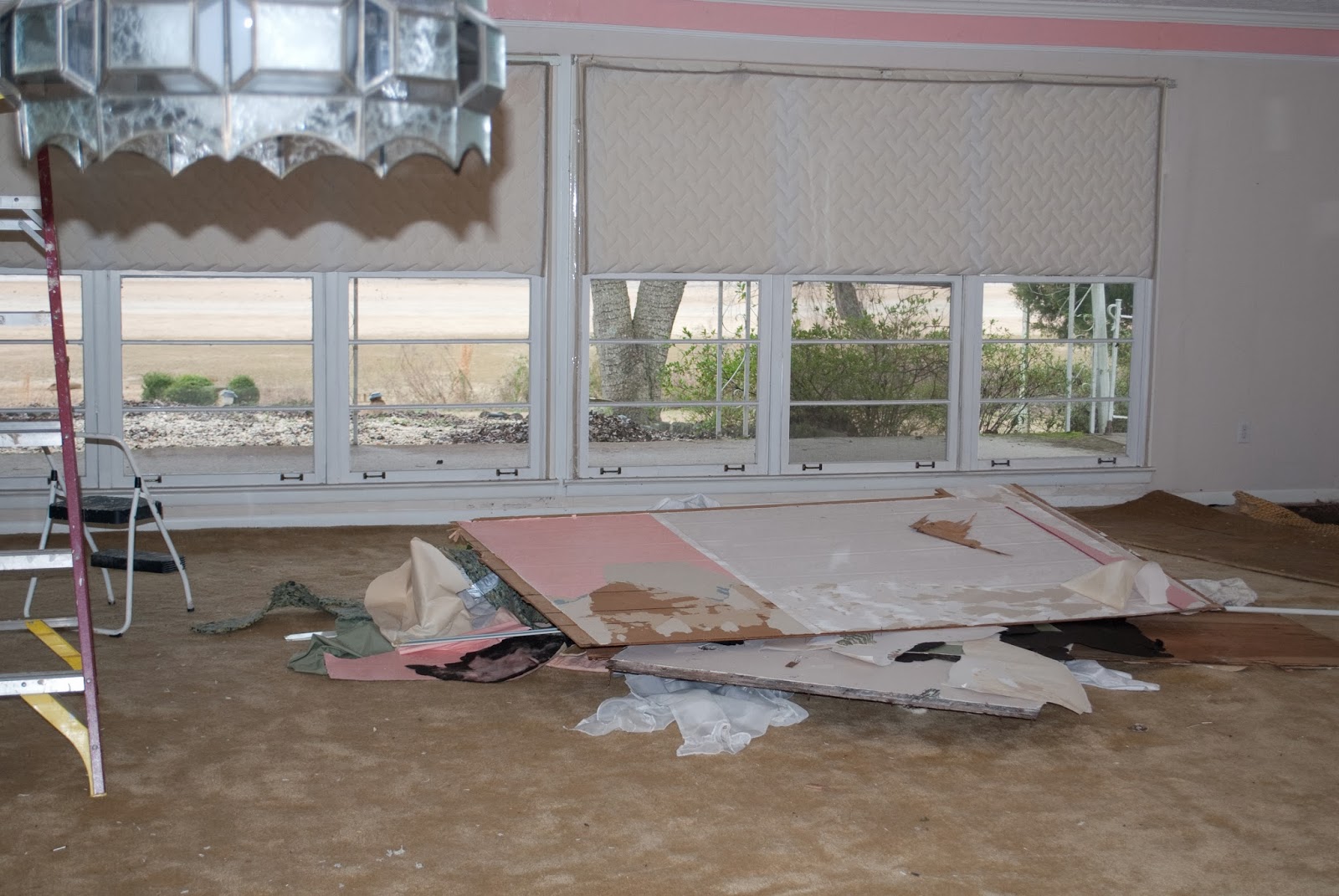 We honestly had no idea how to do this.  We had our tools and we figured out what worked. 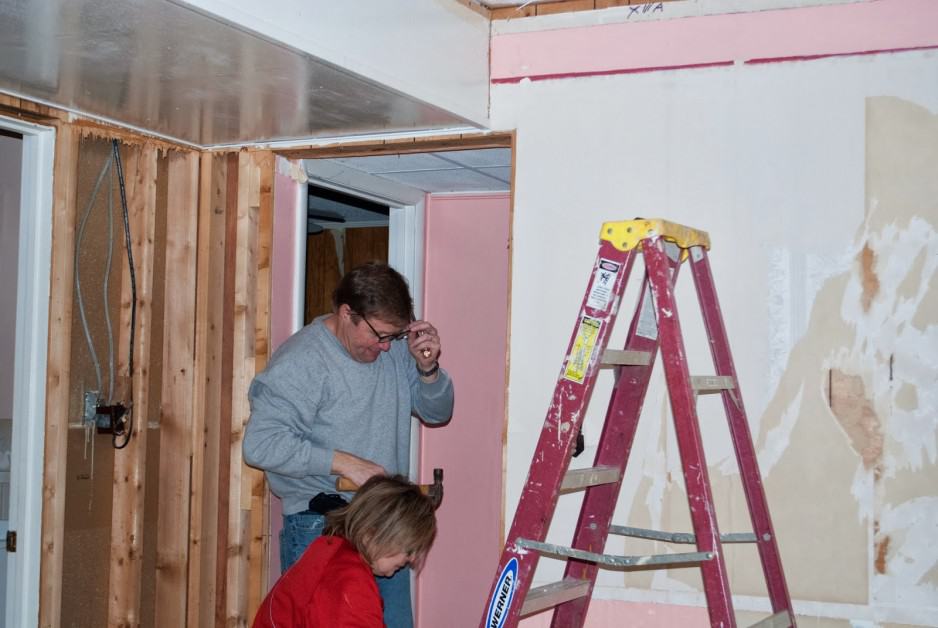 I believe that this is the key for a marriage to survive a remodel:  We both gave 100%.  I know that he is stronger, but if I let him do all the hard work, he would get worn out quickly or even injured.  I saw what he was doing, and I picked up the same tool and did what he did.  And you know what?  He saw and appreciated my hard work. 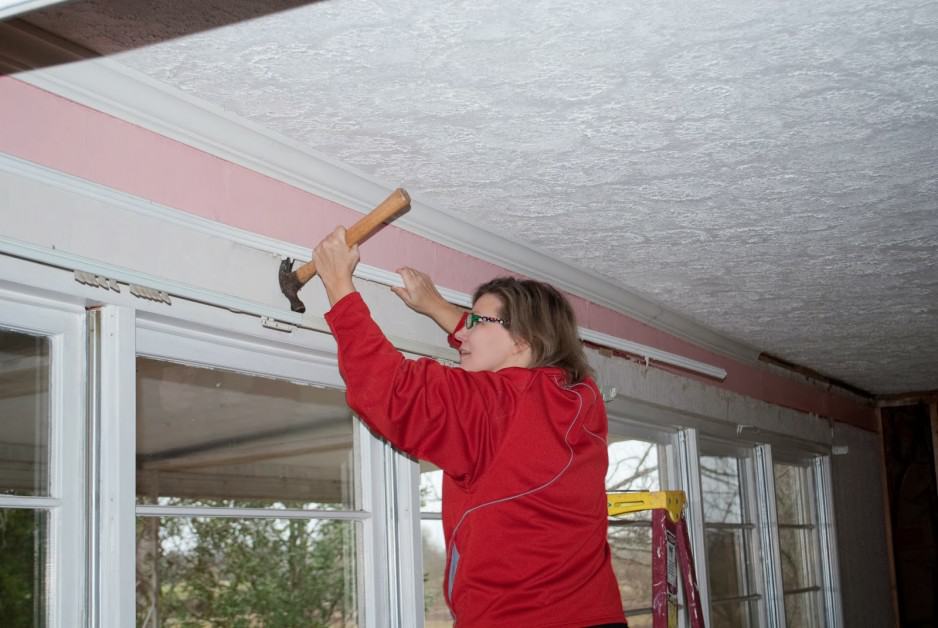 One day while we were working, a man who wanted to partner on the construction with my husband called, and I heard my husband laugh and say, “I have realized that I don’t need you, I have Sherry!”  Words of affirmation is my love language, and that comment made me happy.  We were equal partners in this.  And also, I knew that there were going to be projects that I am not smart enough to do, and I would really need him later! Hopefully he would feel like he owed me (haha). 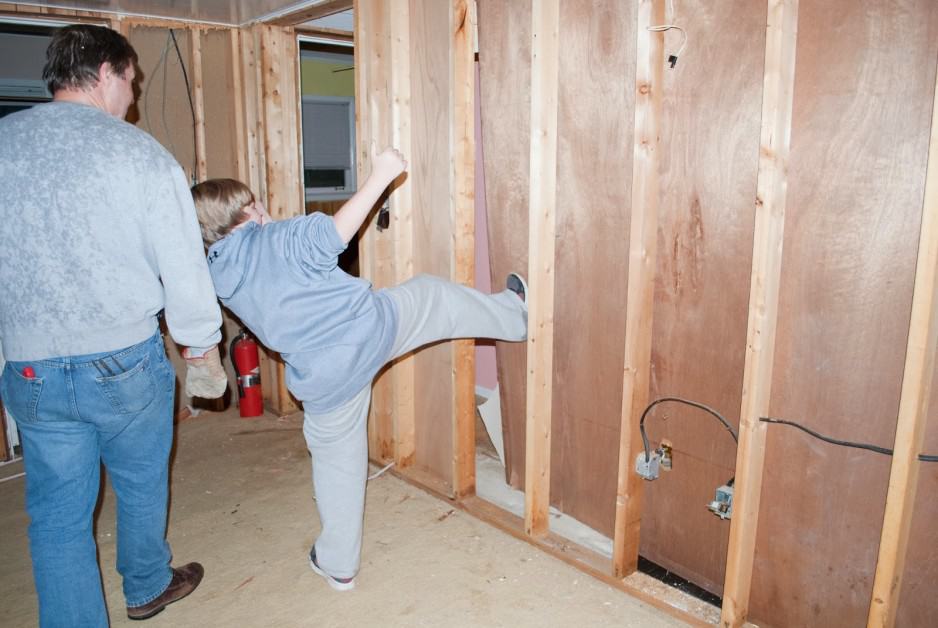 Our 13 year old son had been helping us occasionally, and I am hoping that he learned from this experience.  I wanted him to see that by all of this hard work, we can have something wonderful for our family to enjoy.  He has learned how to gut a home, how to insulate a home, how to sand concrete, among other things.  One day, after working hard, we were on the way home, and my husband pulled into Game Stop and told him to go in and get the game that he had been wanting.  I hope he learned that we appreciated him, and good things come to those who work hard. 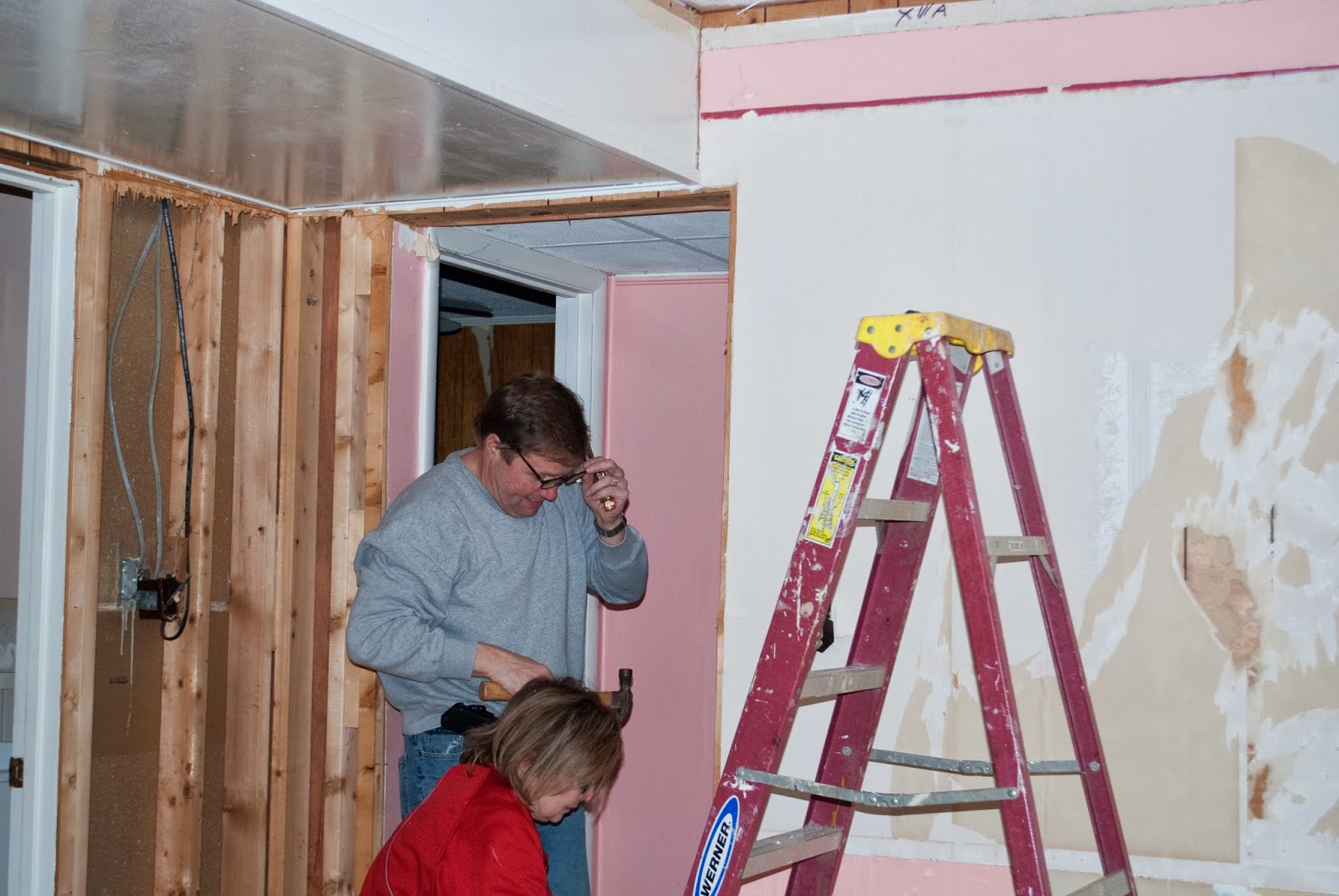 The plus side by doing the demo was finding all the bad stuff ourselves, and there was plenty of bad stuff.  When we purchased the house we thought that we would replace the carpet, windows, plumbing, electrical, counter tops, and do the rest of the renovations after we moved in.  That was incorrect. 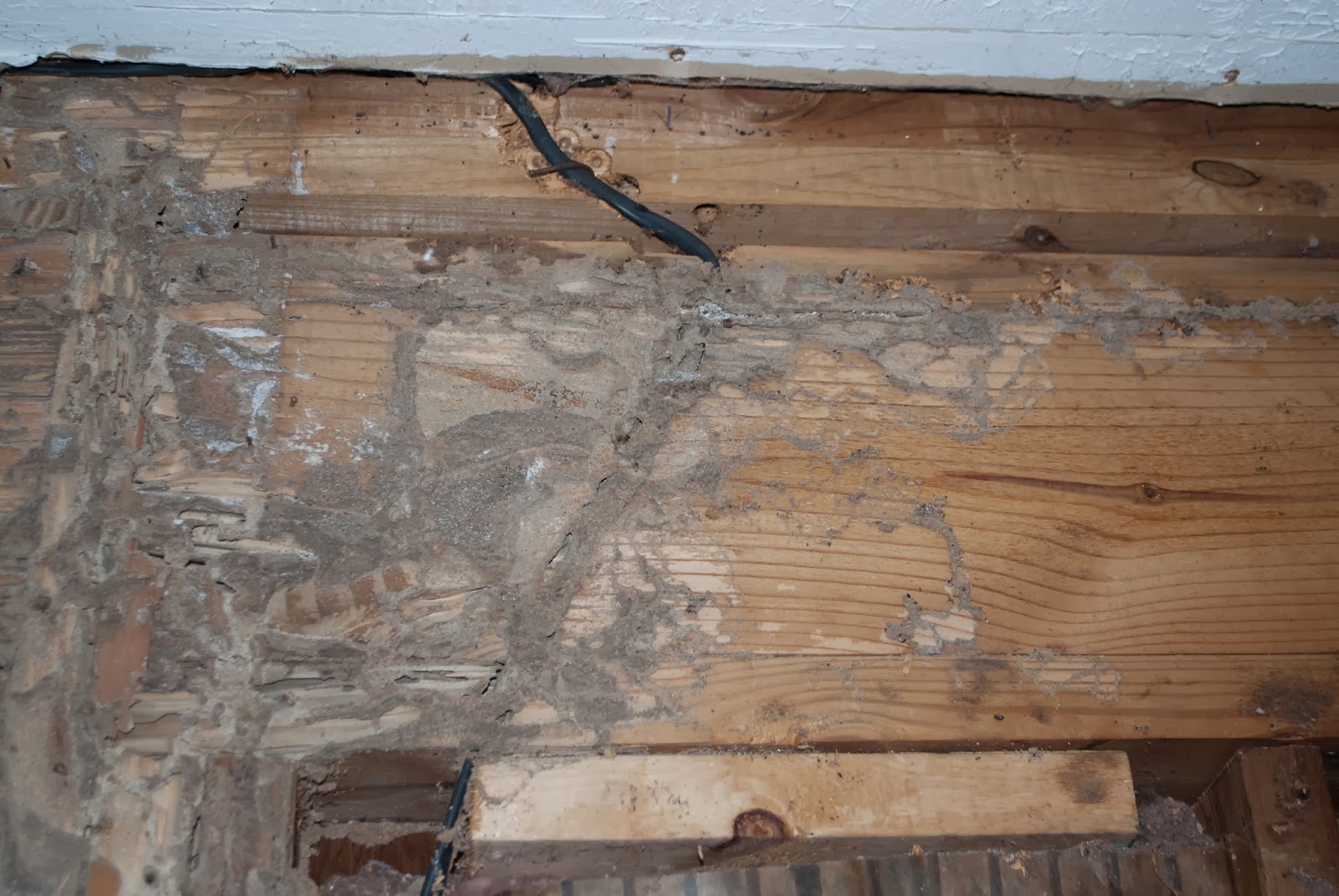 This would be termite damage. 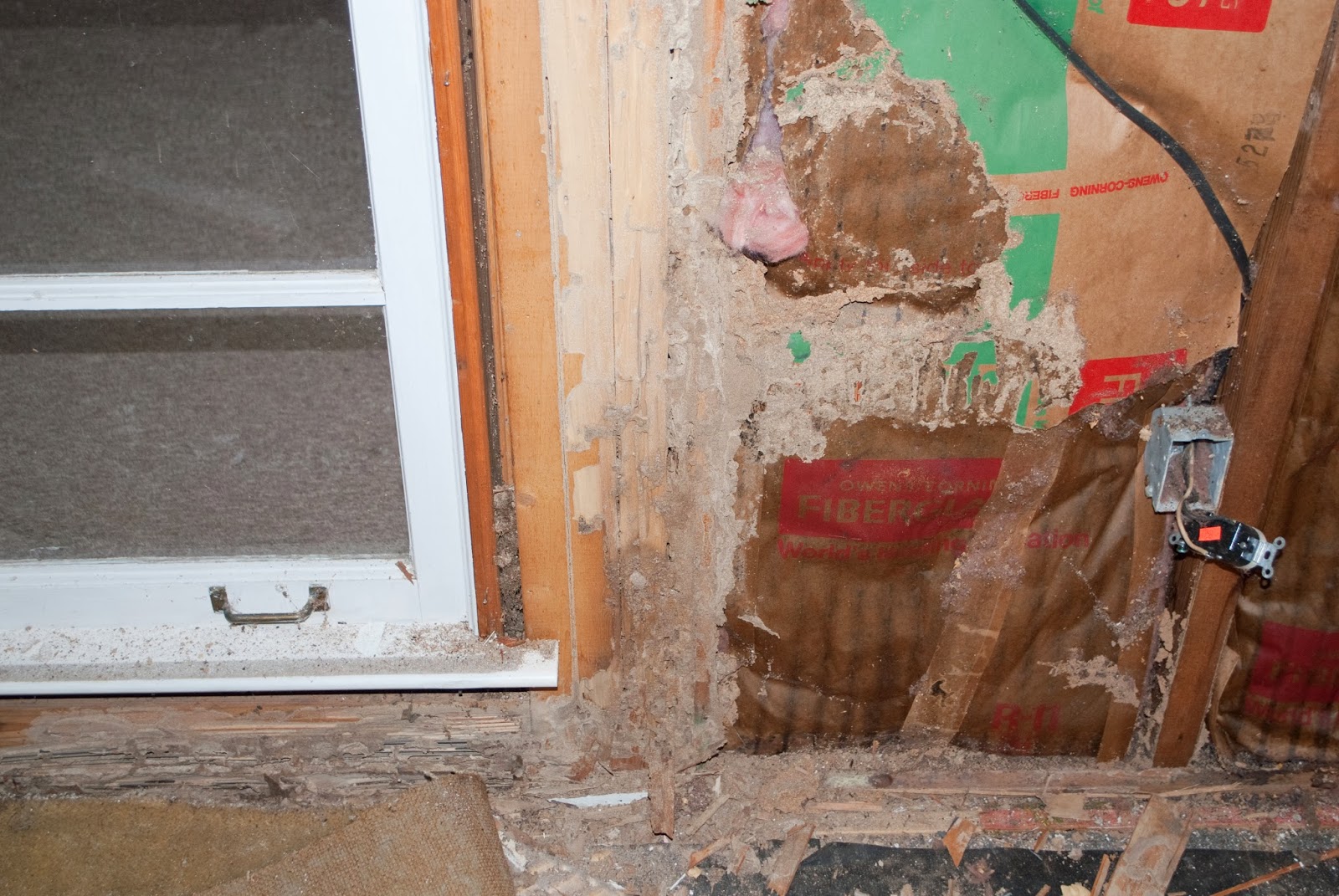 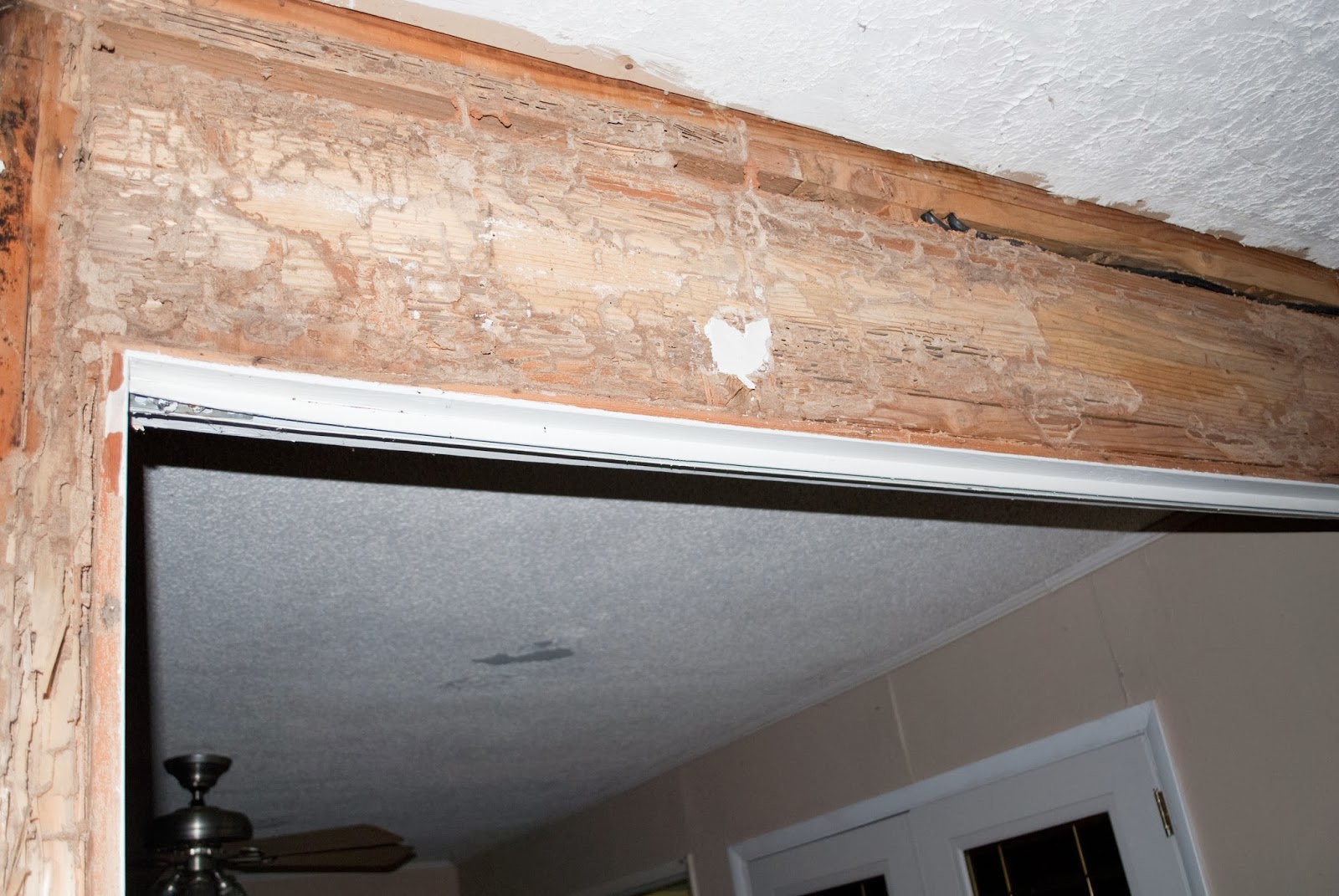 There was so much termite damage and rotting wood that we replaced some of the framing of the house.  My husband felt like we might as well do it right while we had everything torn down.  I laughed because it seemed like we were both yelling to each other, “Bad news, we are not going to be able to save this either!” all day long.  We ended up gutting the entire house.  Fortunately, the foundation was fine.

The dirtiest job was tearing down the ceiling.  The nasty stuff that was in the attic would come falling down on top of us and in our hair. 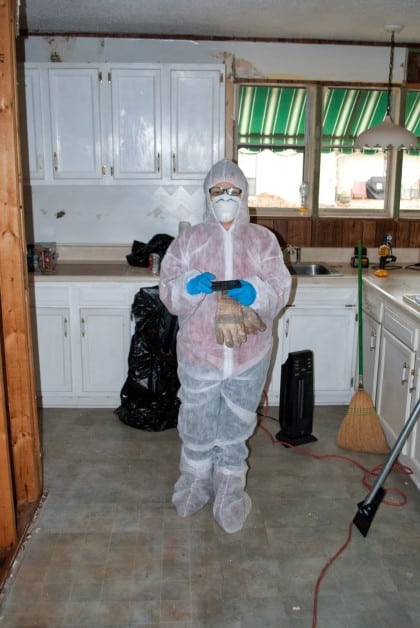 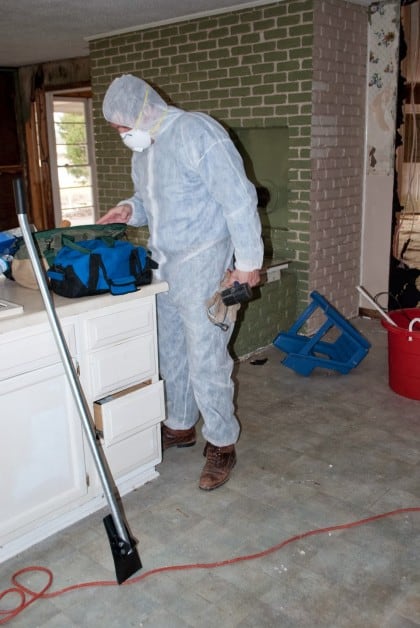 There were leaves, blown insulation, rat droppings, and a lot of trash that had been blown in on top of that ceiling.   We had no water so we would drive to Dollar General on the corner to wash off, then go back and work the rest of the day. 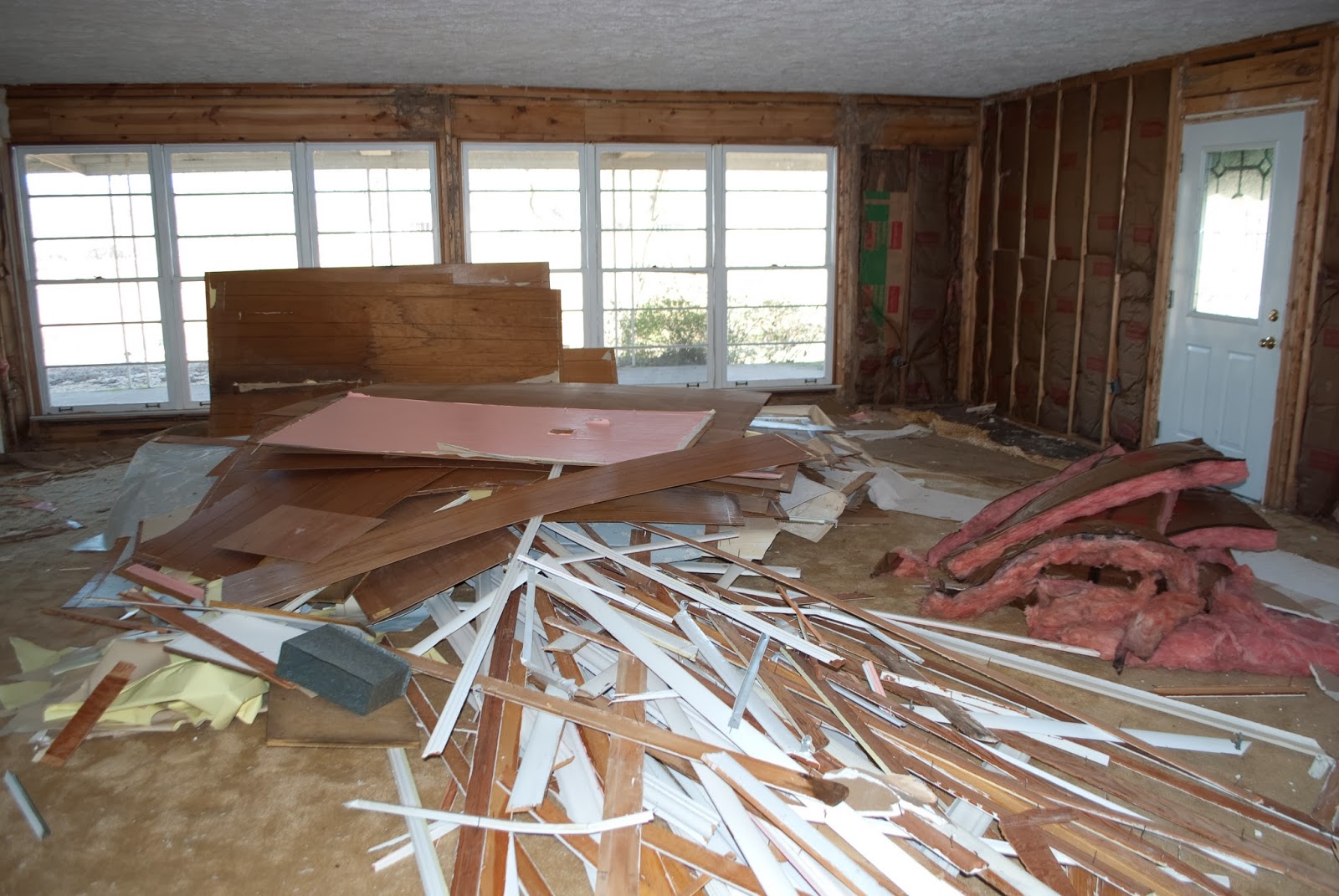 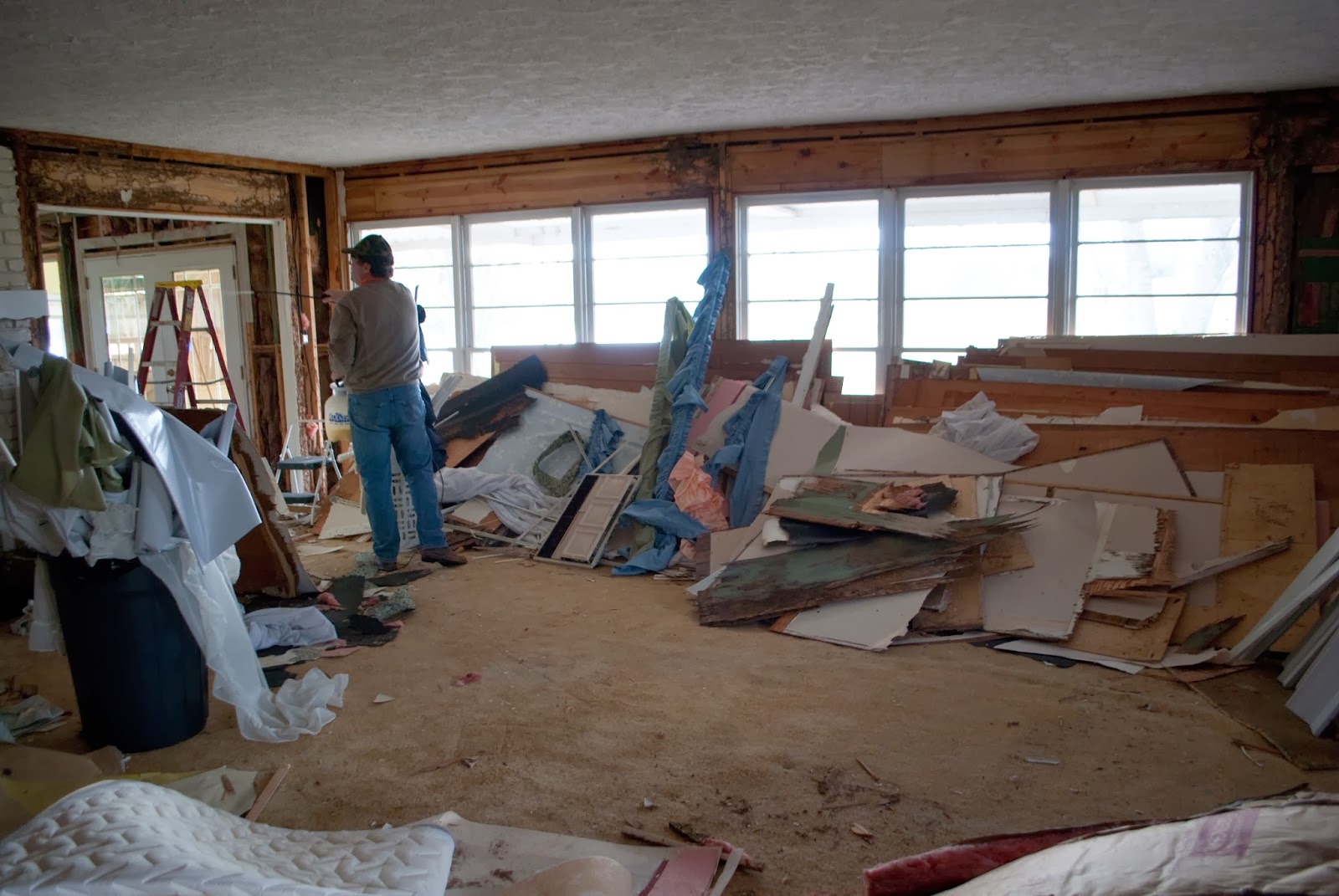 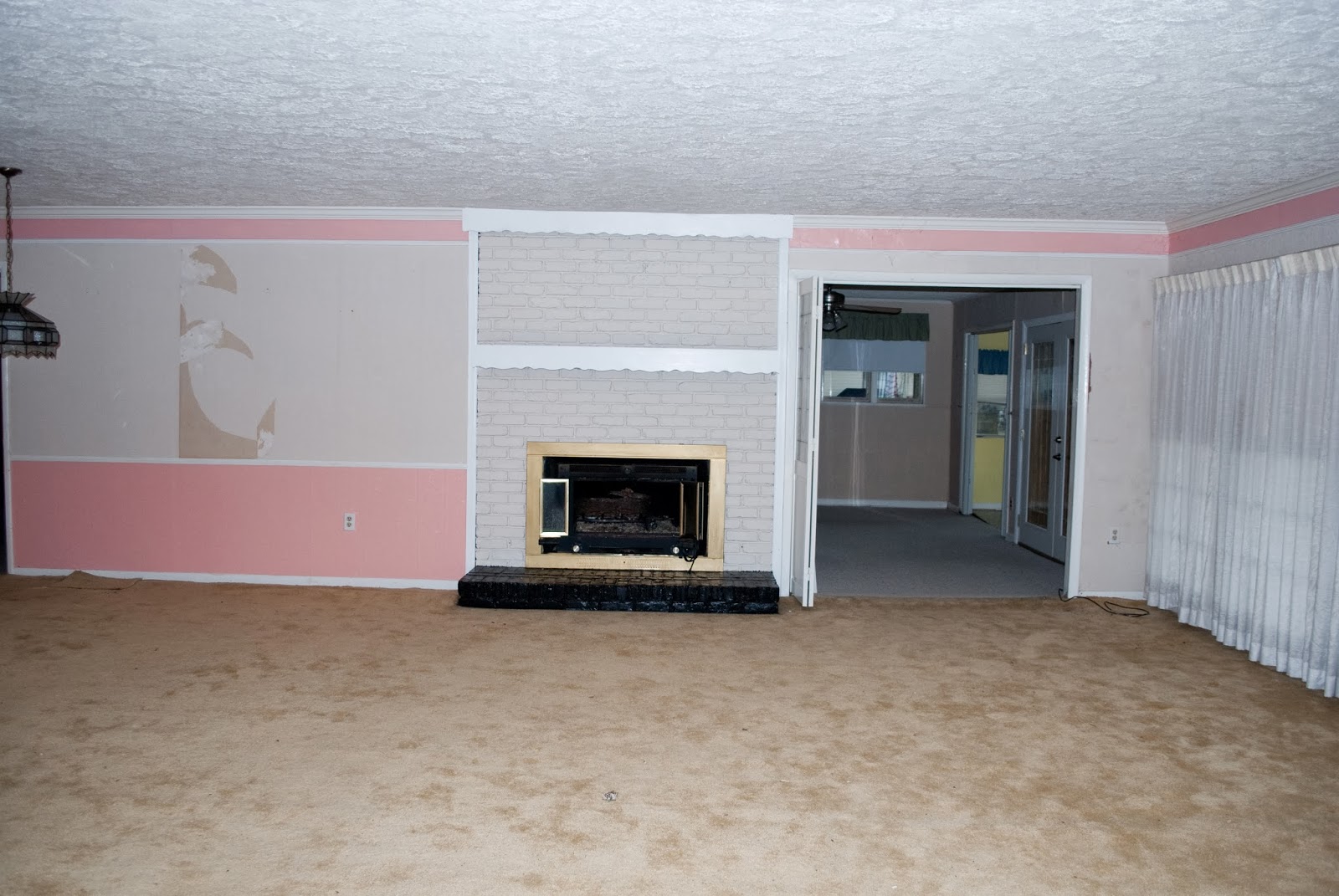 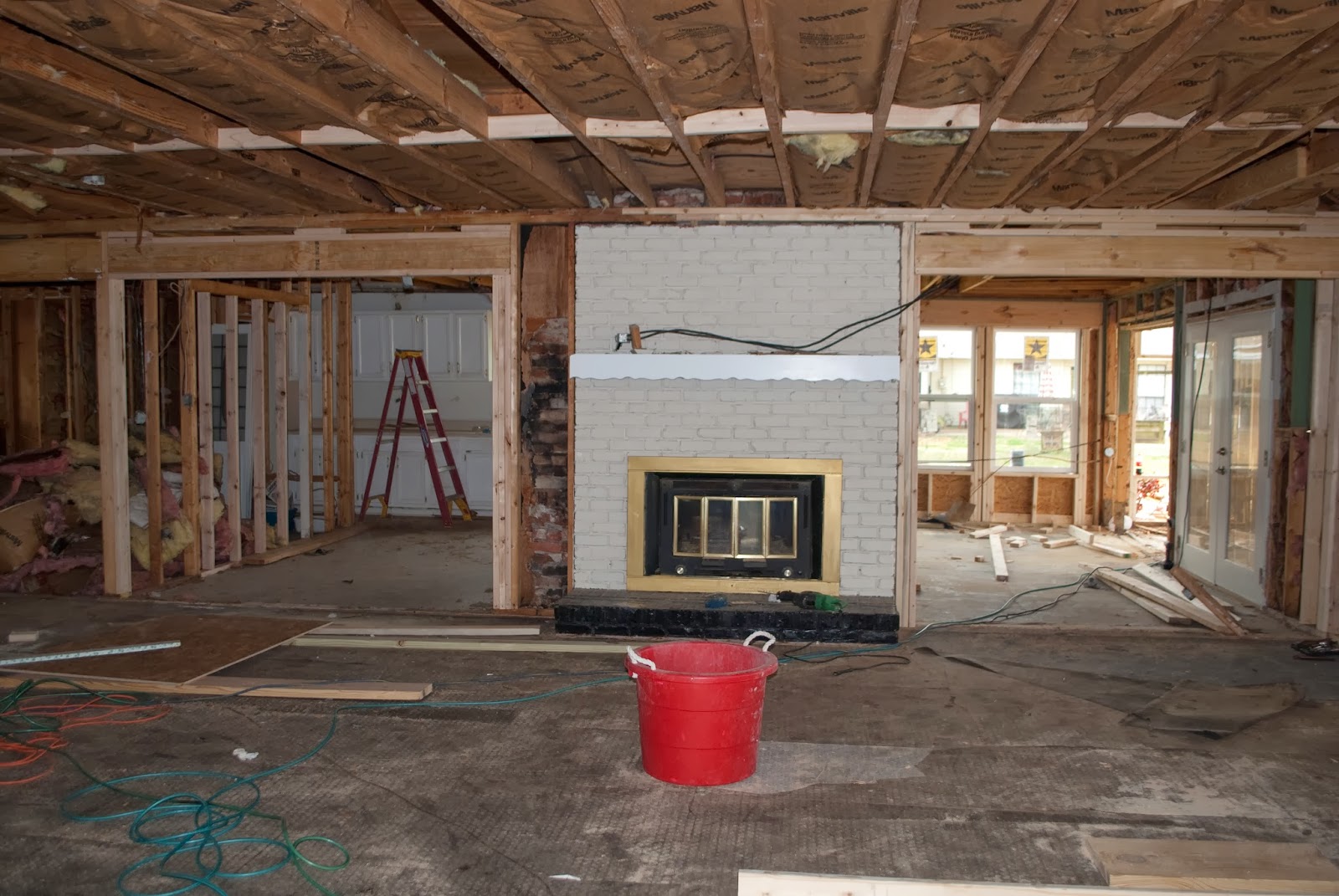 We removed the walls on both sides of the fireplace to open the rooms up. 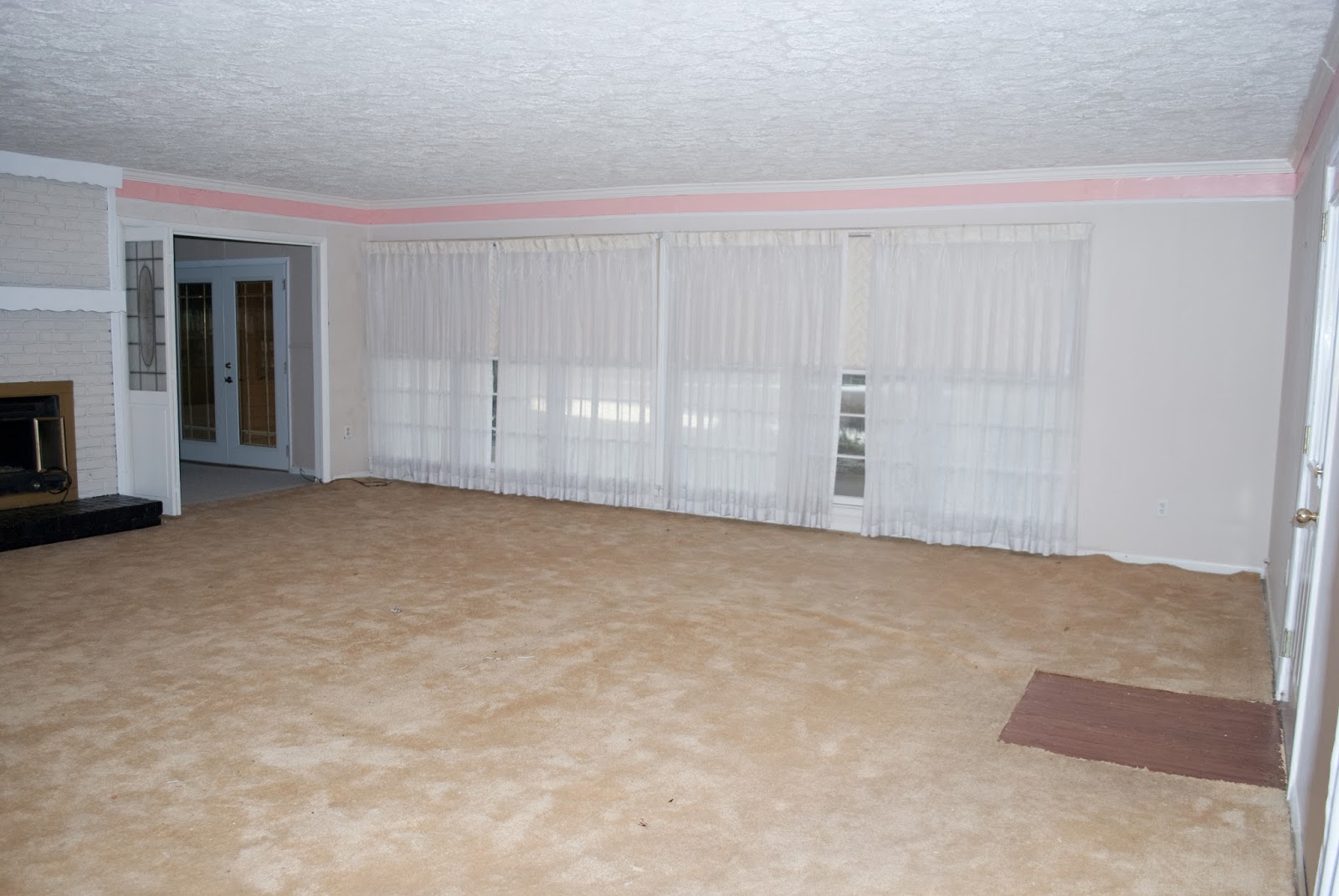 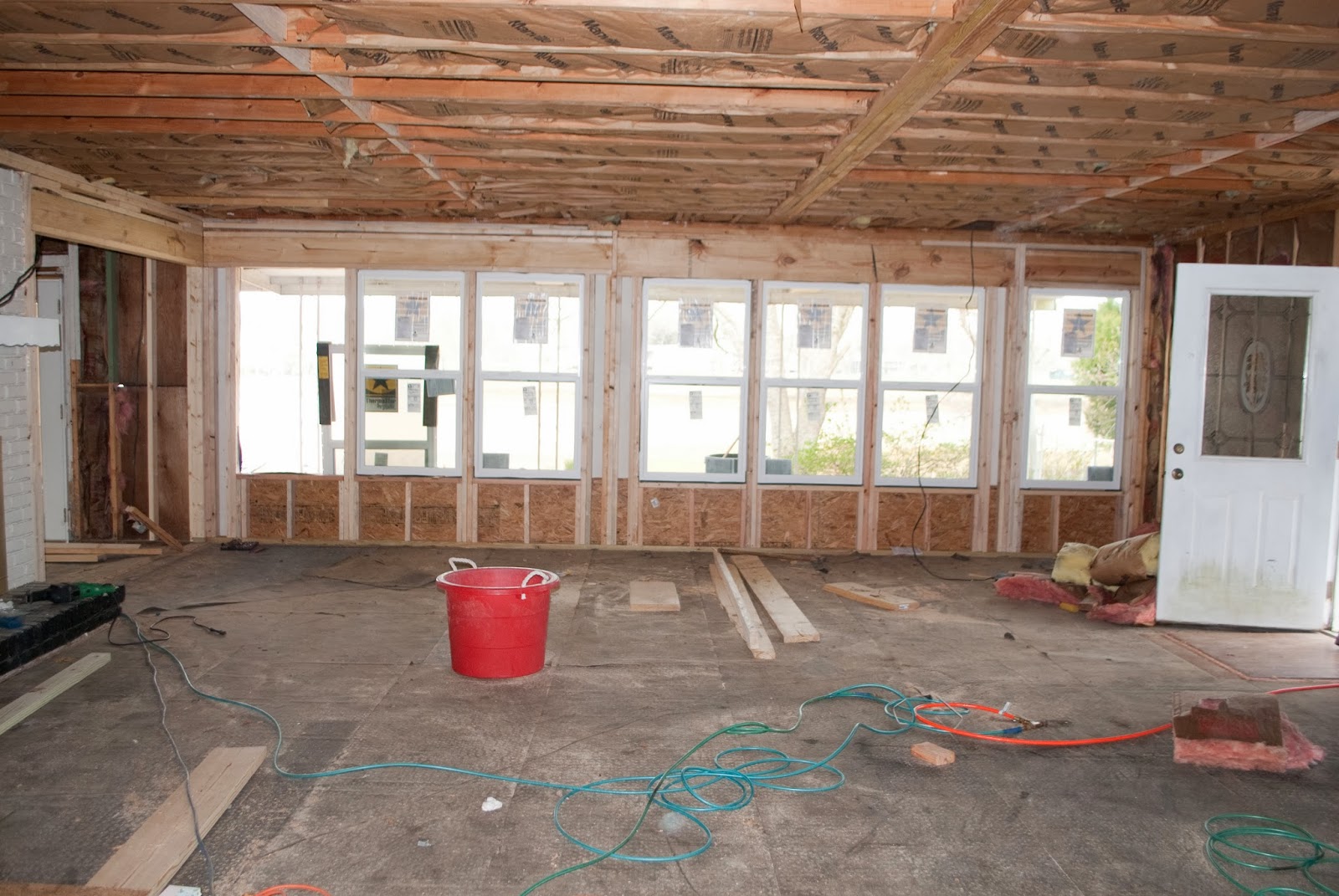 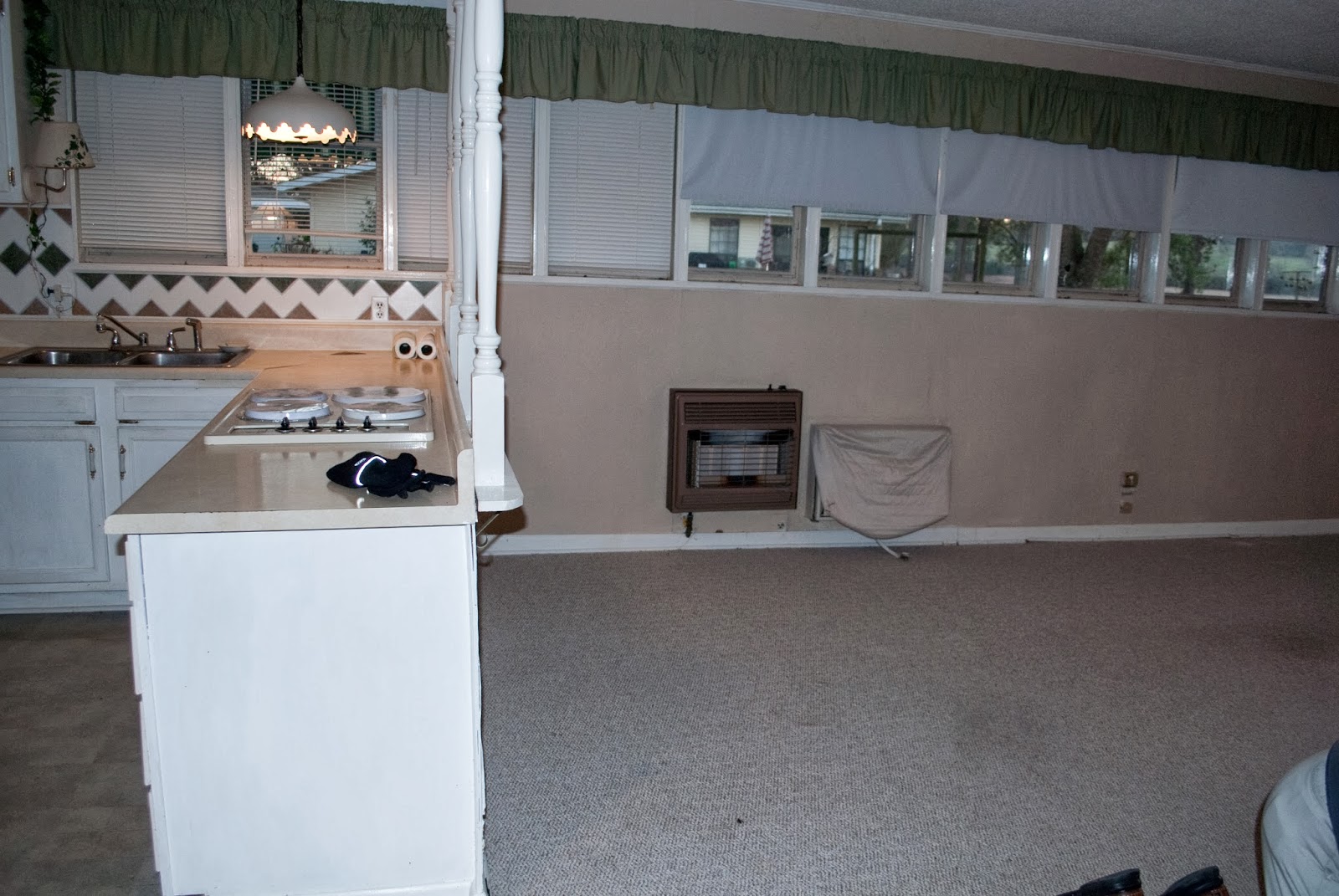 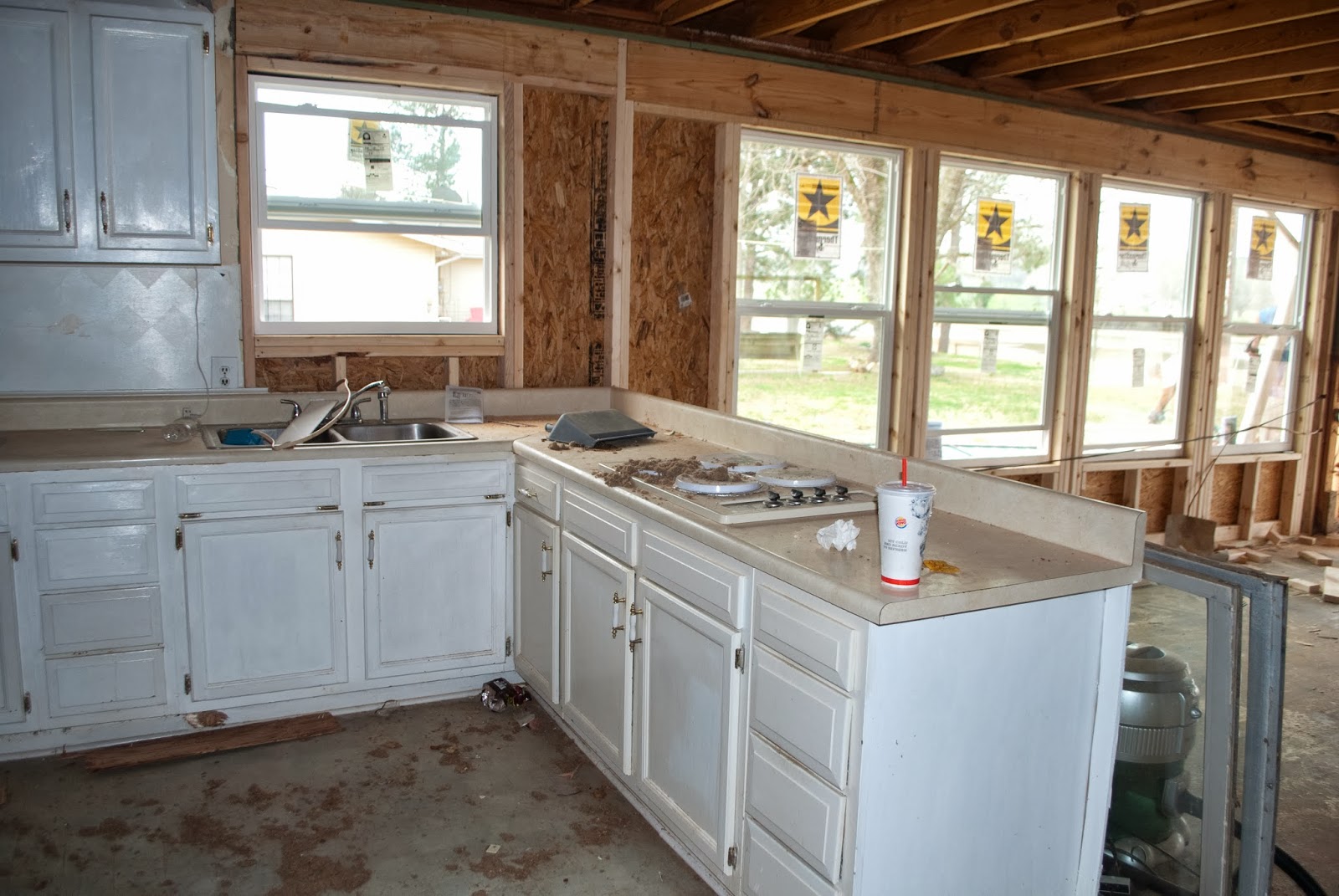 Eating area after demo and windows replaced.  I felt sure the cabinets were fine. I planned on repainting them just like I have always done. Wrong, they fell apart. 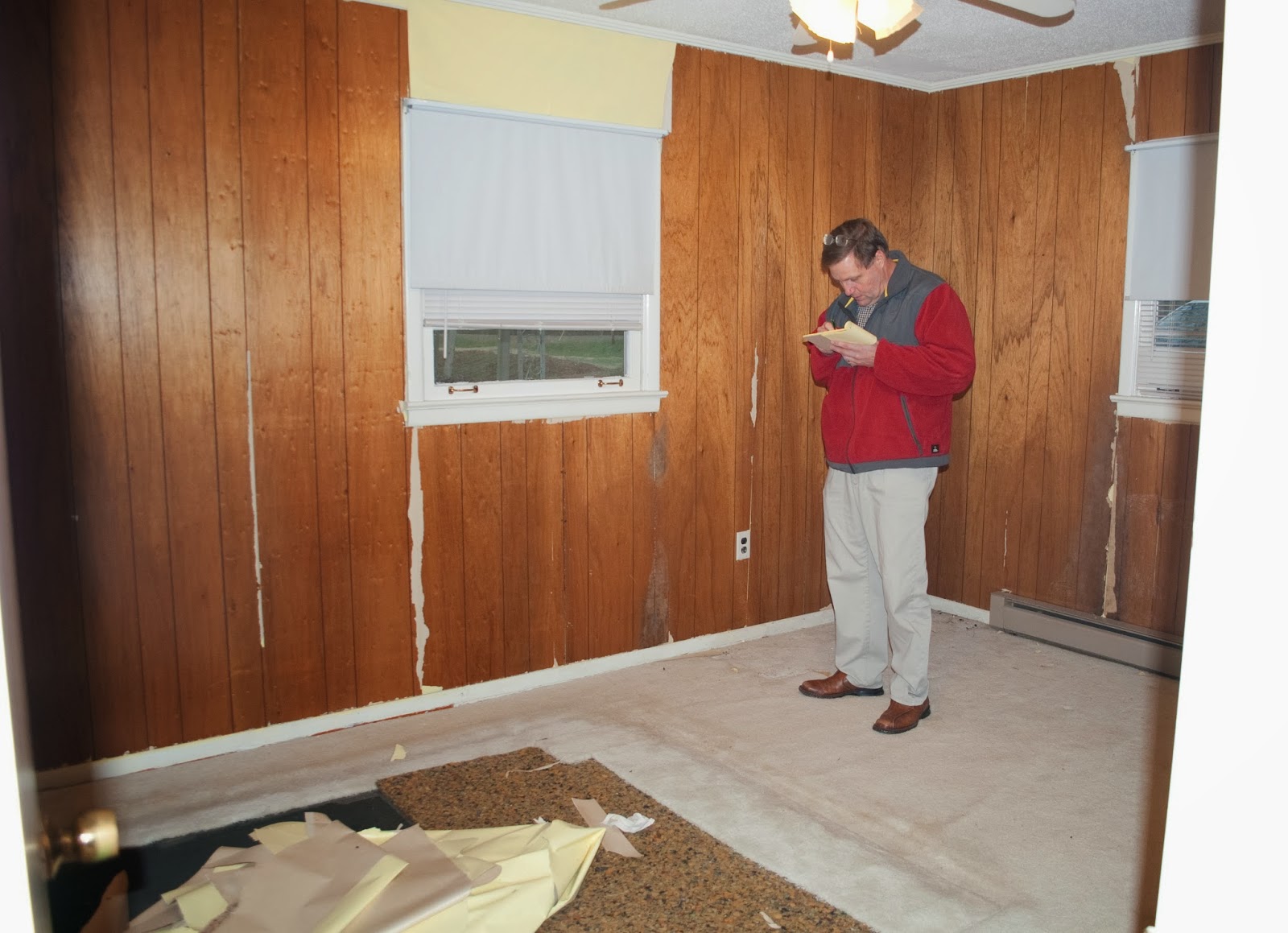 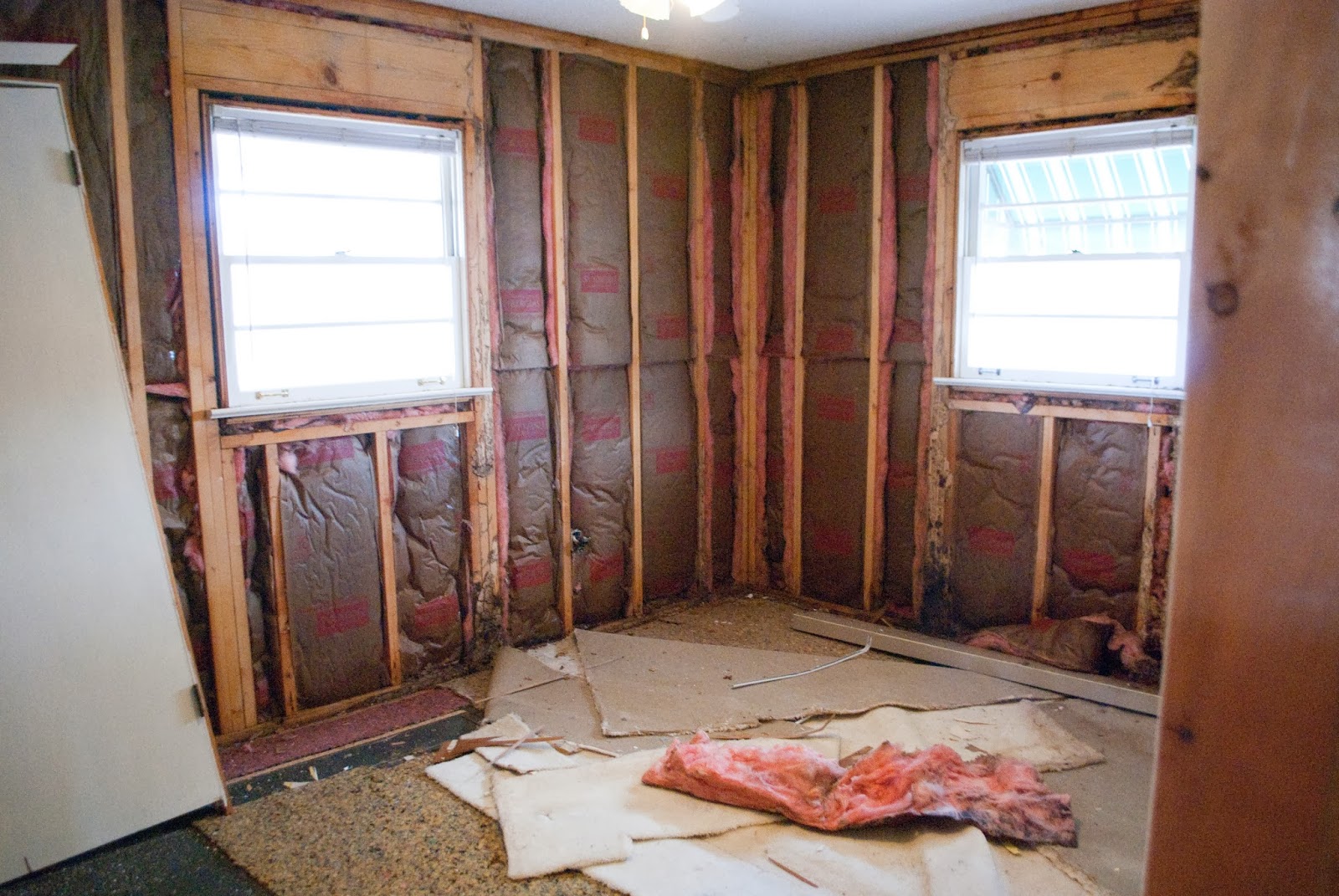 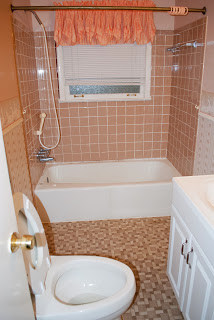 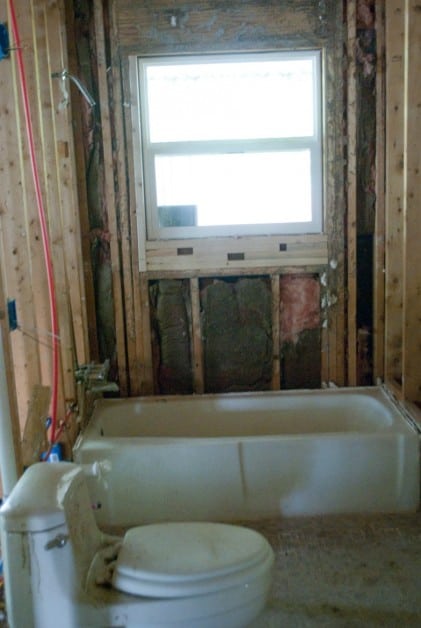 Lake House Bath After
During this lake house remodel, we had the hardest year of our life.  My husband had to change jobs which was a heartbreaking decision for him.  My daughter with Cerebral Palsy, spent one month in Neuro Intensive Care with three surgeries.  My 13 year old son had to have his gallbladder removed.  Our family came first, so the remodel was delayed longer than we anticipated.  All of this was tough, but we believed that the Lord was still in control.  I would say that my family is stronger than ever! If you have read my blog you know that we strive for a debt-free life.  We could have financed it all and hired someone to do the work for us.  We would not had to work so hard or taken so long, but I do not think that it would have been worth it for us to be in over our heads financially.  Now we are enjoying what we worked so hard for.  For more post of our lake house remodel visit Lake House Project Gallery. 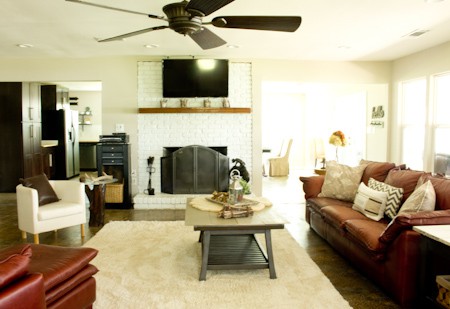