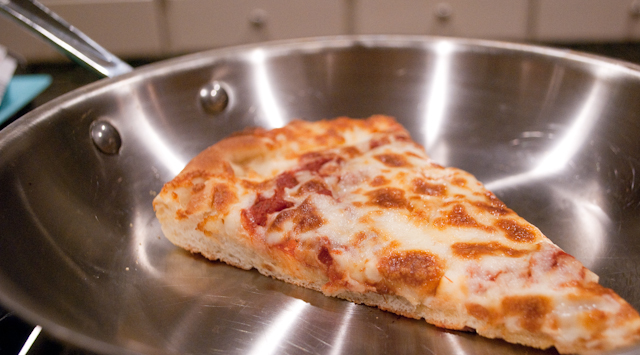 Don’t you hate to reheat pizza in the microwave and have a soggy crust? I like the way the microwave melts the cheese, but I do not like what it does to the bottom of the pizza.  When you reheat it in the oven, you get a crisp crust but you it takes longer.
Same thing with the individual frozen pizzas that are meant to be cooked in the microwave.  You take apart the box and fold the lid over as instructed, but the crust does not get very crisp.
To reheat a slice of pizza, place the pizza in a skillet on the stove on medium heat.  You do not need to oil or spray the pan.  Place a lid or a piece of foil over the pan.  Heat for a couple of minutes or until the crust appears crisp.  The lid will hold in the heat so that the top of the pizza gets hot and melts the cheese. That’s it!  Pizza fast with a crisp crust!
If you are cooking a microwavable pizza, cook according to package directions, then place the pizza in a skillet for just a minute until the crust gets crisp. 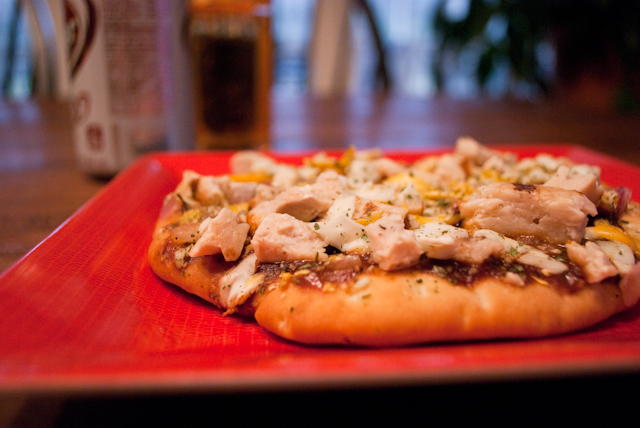