This Easy Cinnamon Roll Cake with cake mix is one of my family’s favorite desserts. We also love to have it for breakfast on the weekend. This cake is perfect when you need to take food to someone who has been sick or in the hospital. It also freezes well. 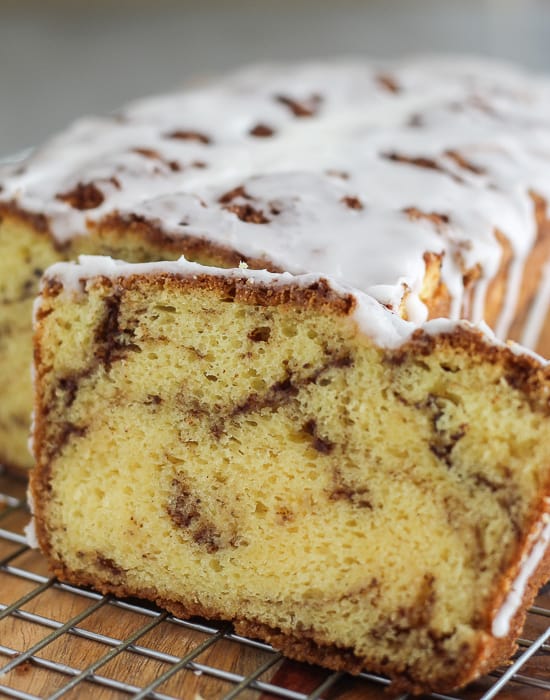 The recipe for Cinnamon Roll Cake could not be any easier. I have been making it for years and I have always thought that I created this recipe. I used to bake cakes for a living and I think I may have tweaked a recipe that I found. Recently, I discovered that there are many similar recipes close to mine.

I came out of Culinary School thinking that I had to make everything homemade for it to be delicious. When I started baking cakes for a profession, I learned that there are many wonderful cake recipes that start with a cake mix. There is no shame in adding cake mix and pudding mix to a recipe. My most requested chocolate cake recipe has a box of chocolate pudding added to it. The pudding makes the cake extremely moist and dense.

This cake is so simple that I just dump all the ingredients for the cake batter into the mixing bowl.

How to Assemble the Cake 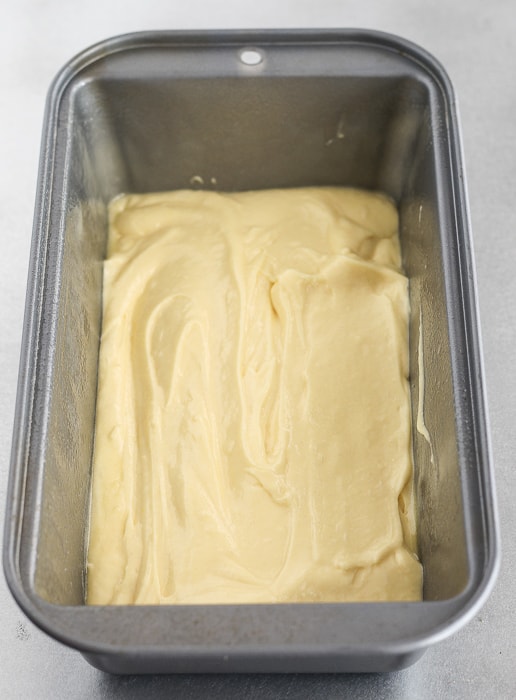 Pour Batter in a greased loaf pan. I always use a non-stick cooking spray such as Pam. 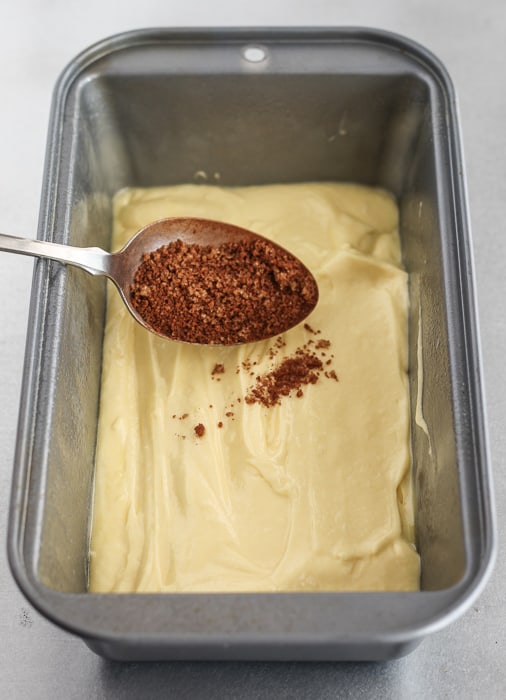 Sprinkle a layer of cinnamon and brown sugar mixture. 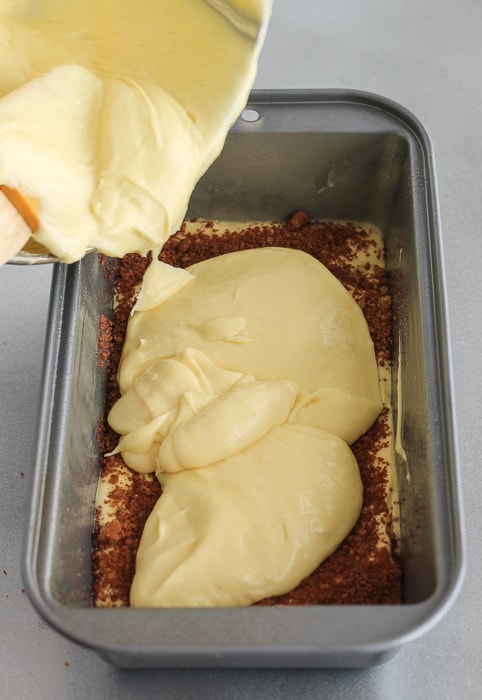 Pour another layer of cake batter. 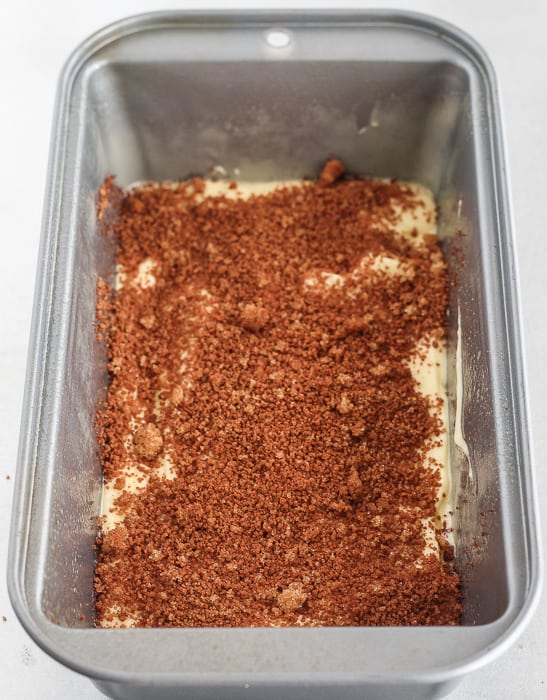 Sprinkle another layer of cinnamon and brown sugar mixture.

Pour the third layer of cake batter on top of the cinnamon and brown sugar.

Make a swirl pattern in the cake mix with a butter knife. This will give you the cinnamon swirl. Do not over mix. 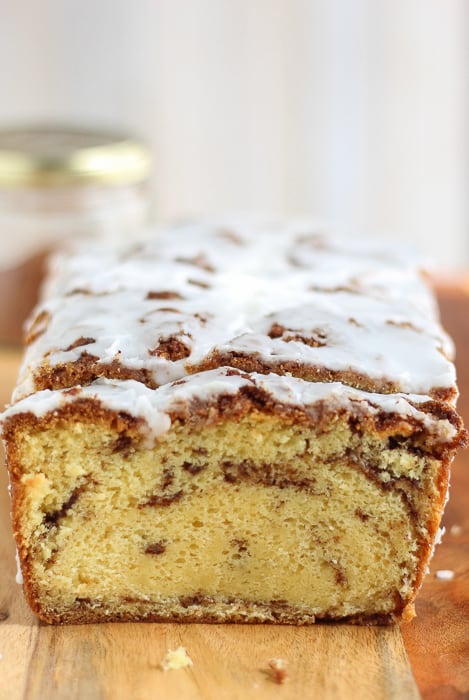 This easy cinnamon roll cake with cake mix is so moist and delicious. Your family or guest will ask for seconds. This will become your family’s favorite cake just like it has mine. 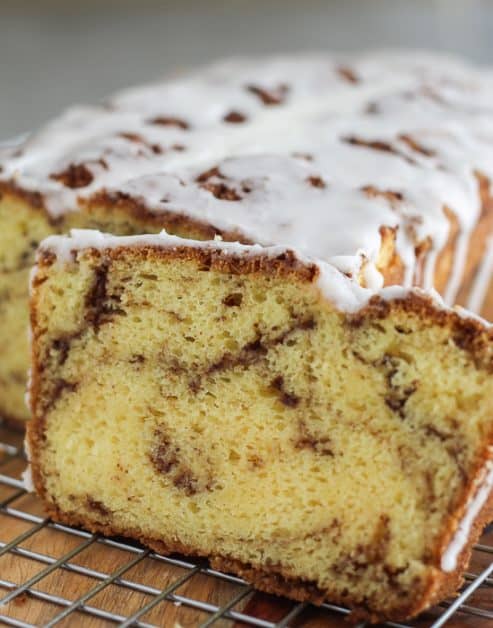 How to Freeze a Decorated Cake 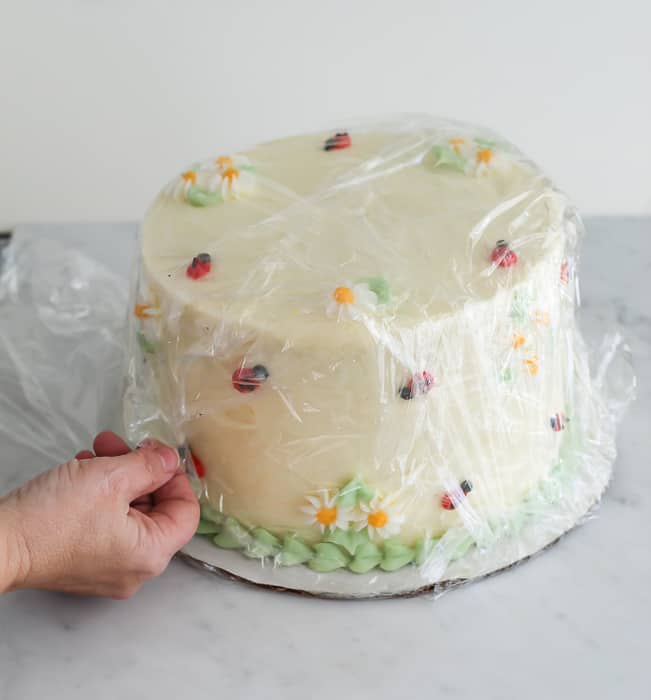