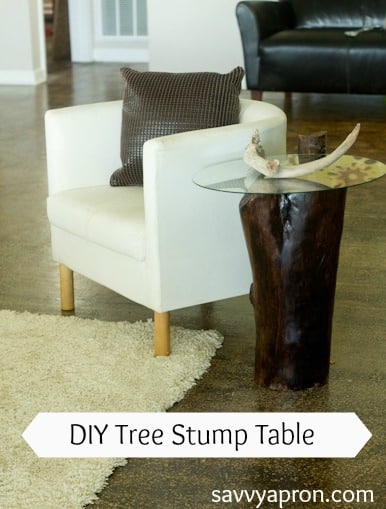 I had been wanting a tree stump table like I have seen at West Elm, but when I look at it in the store, I realize that I can make it.

We have a yard full of 20 year old Bradford Pear trees, and every time the wind blows, they split and fall. They are the prettiest trees except for when they are flat on the ground. After our last storm, we lost a large one. I knew that I wanted to use the trunk of one of the trees for a table, and my husband knew that he did not want to have to carry the stump all the way to the street for pick up. So a tree stump table, it will be! 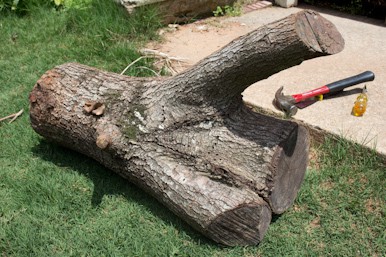 I have seen several posts on Pinterest for DIY tree stump tables, so I read up! I let the stump sit outside for about two or three months to dry out. I did spray it lightly for bugs after I drug it up to the back deck. 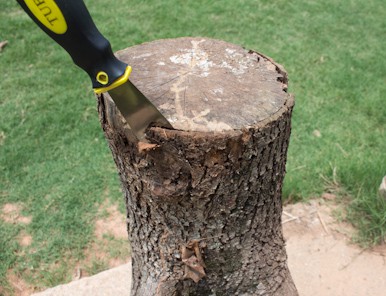 I played around with some tools and found that starting with a putty knife and hammer worked best. The putty knife is thin enough to get under the bark. I tapped the end of the putty knife with a hammer to loosen the bark. 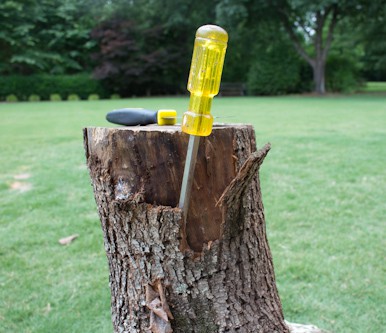 I then moved to a heavy duty screw driver, and tapped the end with the hammer. The bark seemed to come off fairly easy. 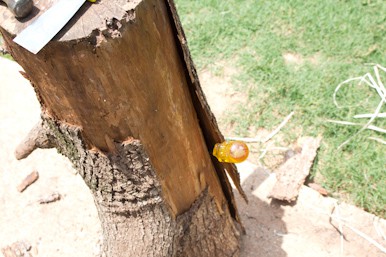 The bark starting coming off in large pieces, and I was so pleased. I have to say that I have made another one to use as a plant stand, and the bark was a little harder to remove. I do not have any idea why. 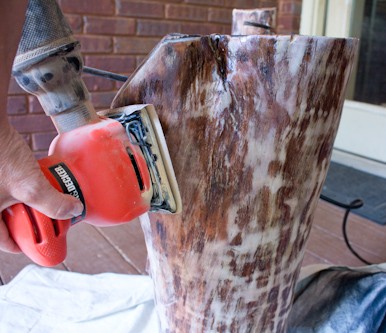 I sanded the stump with a palm sander using 100-grit sandpaper and ending with 220-grit sandpaper. I wanted my stump to be darker to match the decor of our lake house, so I did not completely remove the darker color of the wood. 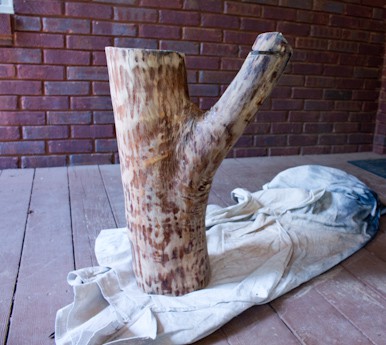 *Important Tip: You need to use a tack cloth to remove all of the dust, because the dust gets in all of the grooves and crevices. 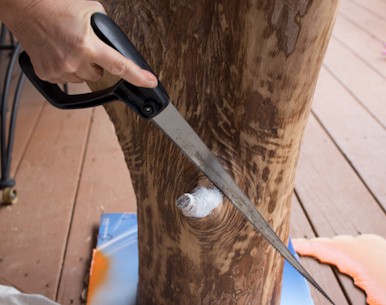 I had played with a few colors of stain on a piece of the stump that I was going to remove. I decided white was not the color for me, and I removed the piece with a hacksaw. 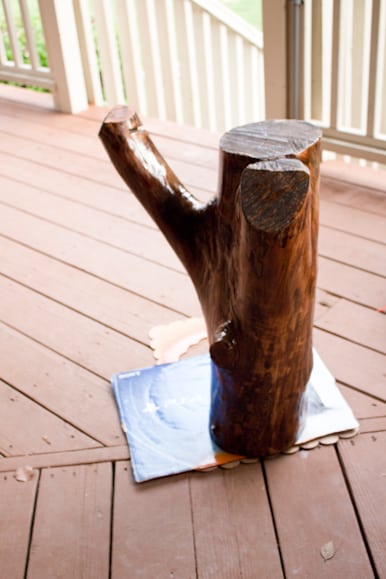 I had an acrylic table top in my garage that I thought would make a good top for the table. I felt like a glass tabletop would be too heavy, so I used a chainsaw and cut a groove into the branch to make my tabletop more stable. 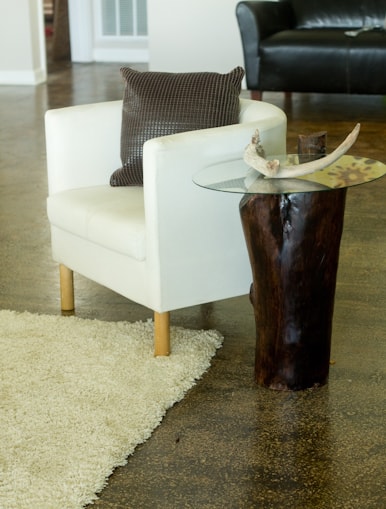 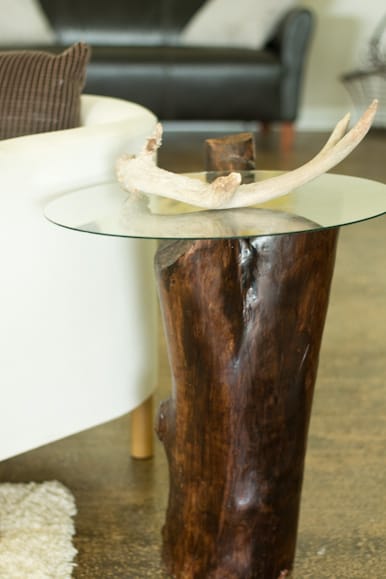 It make me so happy to repurpose something that might be thrown away into something that I think is beautiful. It may take a little work to make a DIY tree stump table, but it is so worth it!